If you regularly like to do some gardening, having a good set of pruning shears is a must.

Although you might only think of pruning shears when you need to prune trees, there are various types of them that can benefit you in your gardening hobby. 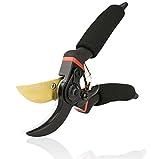 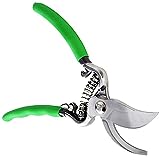 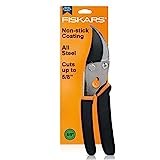 How do you choose the right set of pruning shears?

It’s important to consider a variety of factors, such as how thick the branches of the tree or bush are that require cutting.

There are two main types of pruning shears: anvil and bypass shears.

To put it briefly, anvil pruning shears have a straight blade that closes on a flat edge, while bypass shears have two curved blades that work like a pair of scissors.

With that in mind, let’s look at the best pruning shears for your garden and how to choose them.

This highly-rated set of garden shears will get the job done in your garden and last you a very long time.

Here’s why it has made the top spot in our pruning shears product reviews.

These best pruning shears cost under $25.

They’re cost-effective bypass pruning shears that work well for many of your pruning needs in the garden, and because of how they’re so easy to use they can be comfortably used by both gardening beginners and pros alike.

These red pruning shears are stylish and compact. Let’s dive into their benefits!

These Berger best hand pruners cost under $45, so they are a bit more expensive than the gonicc model, but they do have some extra features that could benefit you when you do your gardening.

Felco is a popular and reliable brand when it comes to secateurs and they have a large range of pruning shears to offer.

Their Model 4 is right up there with the best of them as it has some nice advantages, especially if you need something that can cut through thicker, harder branches.

These stylish red-and-silver garden clippers cost under $35 on Amazon.

That’s really value for money if you think of how they will ensure greater usability and comfort during the sometimes difficult pruning process.

This is another alternative tool to consider.

At first glance, it looks quite different from the others that have already been featured in this buying guide, thanks to the large spring that’s found between the blades and the shear’s bright green design.

They’re quite budget-friendly while having nice perks, such as ergonomic design and durable construction.

If you don’t want to spend much money on a new set of pruning shears, you can find ones that are well-made and effective without burning a hole in your pocket.

The Fiskars bypass pruning shears are ones worth checking out.

These Fiskars pruning shears cost under $15.

Although they’re not that strong and durable, for the price you pay for them they will get light pruning done with ease.

If that’s the extent of what you need, then you will be more than satisfied by purchasing them.

How to Use Pruning Shears the Right Way?

Using pruning shears the correct way will make the pruning session much more comfortable and easier to do. Here’s a few tips:

– Hold the piece of branch that you want to cut between the fingers of one hand. With the hand holding the pruning shears, you should snip the branch so that it makes a clean cut.
– Use the handles of the shears to push them tight so that you can cut through the branch.
– When cutting, make sure you use the correct angle. If you have a plant that’s opposite-branching, meaning that its side branches grow in opposite directions, cut across the stem above the node. If it’s alternate-branching, meaning that the tree or bush’s side branches are staggered and vary throughout the branch, cut on an angle sloping away from the single bud at the node.

Can I Use Scissors to Prune?

While you might be able to use scissors to cut through stems and light branches, provided they are very sharp, using them won’t be as comfortable or effective as using pruning shears that have been designed to cut through wood.
In addition, using scissors to prune your bushes and trees can cause them to get stuck or become damaged.
This is because scissors don’t have features such as embedded springs and sap grooves to prevent them from getting stuck during the cutting process.

What is the Difference Between Pruners and Secateurs?

The two terms – “pruners” and “secateurs” – are often used interchangeably because they refer to the same gardening tool.
You will hear one term used instead of the other depending on where in the world you live.

What is the Purpose of Pruning?

Although you might think pruning plants and trees just ensures that they can grow without diseased, dead leaves and stems, there are many other benefits to pruning. When you remove dead or damaged branches from trees, you can prevent dangerous situations from occurring, such as heavy branches falling down and damaging your property or hurting someone. Cutting away certain branches and thinning out also ensures that the trees can grow in the way you want them to, and this can be used to prevent them from growing over your roof or wall.

When Should I Start Pruning? 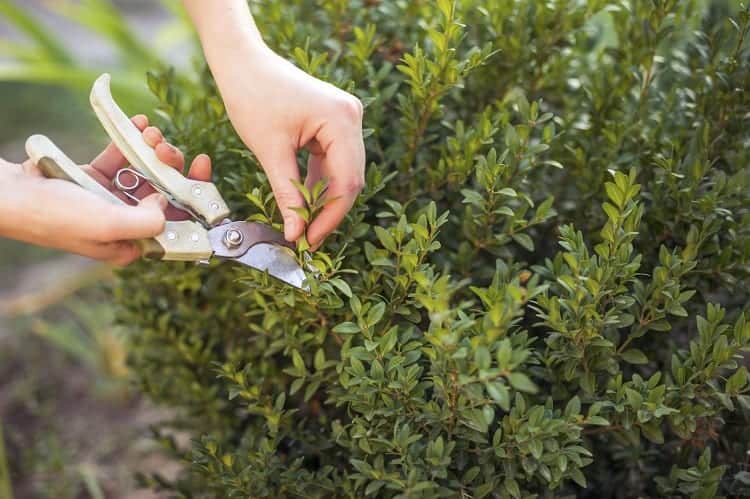 It’s in your plants’ best interest to remove dead or damaged stems from them as you see them arise.
This will prevent diseases and insects from attacking your plants, as Better Homes & Gardens reports.

If you’re a serious gardener or just starting a gardening hobby, you’ll need to purchase the best pruners.

These are some of the most important essentials you’ll need, but it’s important to get the right ones.

Ideally, the best pruning shears should be comfortable to use, especially if you want to use them for long periods of time, well built so that you don’t have to replace them in a hurry, and have the strength you need depending on what your pruning tasks are.

For that, it’s a must to check what diameter of wood they can cut through so that you know if you can use them for many pruning tasks or stick to gentle trimming instead.

In this article, we’ve looked at five of the best garden clippers in our pruning shears review.

They’ll ensure that you get the quality you pay for while ensuring your gardening activities can proceed without a hitch or hassle. 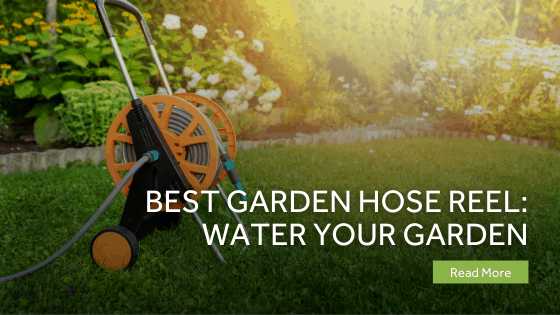