Cissus Discolor is a beautiful, multi-stemmed vine that can be used as an accent or specimen plant. It’s also ideal for growing on arbors, pergolas, and obelisks, where it can be allowed to drape its stems downward. Cissus Discolor is also known as Tapestry Vine, Rex Begonia Vine, Cissus Quadrangularis, and Staghorn Ivy.

Cissus Discolor is native to the West Indies but grows very well throughout Florida and the Gulf states as far north as Virginia. It is relatively heat- and humidity-tolerant, as well as salt-tolerant. However, its biggest enemy is cold weather; prolonged exposure to temperatures below 45 degrees will cause Cissus Discolor to become unthrifty and drop some of its leaves. Continue reading to learn more!

Cissus Discolor is native to the West Indies, where it still grows wild throughout the islands. Cissus Discolor thrives in bright indirect light and moist soils but grows in light shade. Once established, the vines climbing growth is up to 20 feet long in a single season.

The Rex Begonia is a fuller plant. It is an evergreen vine that can reach 20 feet if left unpruned. It has self-clinging aerial roots and deeply lobed, smooth, striking leaves with 5 to 7 leaflets. The dark green leaves grow up to 12 inches long and have somewhat rippled edges. They are pointed leaves that are more grape leaf-shaped than that of an arrow. As the woody vines mature, they develop swollen angular stems, reaching a diameter of 1/2 inch in older plants. The short aerial roots along the length of the stem cling to wood surfaces as they climb (hence the name “Tapestry Vine”).

Cissus Discolor is not a vine that bears fruit. Instead, it has white clustered flowers that develop at the new growth nodes in springtime. Green, grape-like berries follow these in summer that mature to a purplish color and contain many flat seeds.

Cissus Discolor is a low-maintenance plant that will thrive in moist soil. It can be grown as an annual or perennial vine. It will survive in harsh coastal conditions if pruned annually in springtime. It does well in almost any climate where it can get at least 6 hours of sun per day.

Cissus Discolor requires pruning to control its size. If allowed to grow unpruned, the plants can reach up to 20 feet long in a single season. Prune them back to about 6 feet long in springtime, just before new growth begins.

Cissus Discolor Rex Begonia Vine thrives in full sun and moist soil but grows in light shade. It is not very picky about sunlight. Your climbing vine plant can be grown indoors and outdoors, in a hanging basket, or on the ground.

Once you have decided where to plant your Cissus Discolor, dig a hole twice as wide but only as deep as the pot the plant currently resides. Remove it from its container and place it in the hole with the top of the rootball at ground level. Fill around the sides with well-drained soil or potting mix and tamp firmly to remove any air pockets that may have formed. Water thoroughly after planting to settle the soil around your new vine and begin establishing roots before expanding laterally.

Water Cissus Discolor when the top inch of soil becomes dry. The vines are only moderately drought tolerant, so be sure to water them during prolonged dry spells.

Whether grown as an indoor or outdoor plant, be sure to water regularly whenever the top inch of soil dries out to keep the plant healthy. Cissus Discolor Vine should not be allowed to go for extended periods without water.

Cissus Discolor prefers full sun to light shade. The vines will produce abundant foliage and occasional flowers in sunny locations, such as hanging baskets or in a window. However, they may become leggy and flop over if exposed to too much shade. The bright indirect sun is a friend to the Rex Begonia Vine.

For best performance, grow Cissus Discolor in a location that gets at least 6 hours of direct sunlight per day. It will tolerate partial shade but does best when exposed to bright light.

Cissus Discolor will tolerate temperatures in the low 60’s if kept dry. If you want to grow it outdoors, choose a location that receives anywhere from full sun to light shade. Avoid planting on the south side of buildings where nighttime temperatures might dip below 45 degrees.

When used as an indoor plant, Cissus Discolor cannot tolerate prolonged exposure to temperatures below 55 degrees Fahrenheit and may be damaged by freezing weather and should be close to an adequate heat source.

Cissus Discolor is not too fussy about soil and will grow well in almost any kind of dirt; loam, clay, or sand. Mix some compost into infertile soil to improve its texture and nutrient content. Cissus Discolor grows best in moist, well-draining soil with a pH between 6 and 7. It can tolerate slightly acidic or alkaline soils and the neutral pH of water; however, it does require good drainage.

Cissus Discolor will grow well in areas with moderate to high humidity. It can tolerate low humidity in small doses but is not tolerant of regularly occurring periods of it as it is found typically in the tropical rainforest. Cissus Discolor prefers a high humidity environment with average soil moisture and plenty of ambient moisture in the air for best performance.

Cissus Discolor responds well to applications of a balanced fertilizer. Apply a thin layer of compost, organic mulch, or water-soluble plant food around the plant’s base each year to help enrich the soil while also helping retain moisture.

In general, Cissus Discolor does not require much fertilizer. A thin layer of compost spread around its roots will suffice for most situations and produce healthy plants with abundant foliage and flowers. However, it does best when given small amounts regularly rather than one large dose annually.

Pinching and pruning can promote fullness. Rather than cutting the stems back entirely, simply pinch off the tips of each stem after you notice new growth beginning to emerge. This encourages a bushy growth habit with lots of side branching and shorter internodes.

You can repot Cissus Discolor at any time during the growing season, but consider early spring or summer to be ideal. Ideally, you should repot your plant in a container that is only slightly larger than its current root structure and replace its soil with a fresh potting mixture.

Repot every three years or as needed, usually in early to midsummer. Use a container that is only an inch or two larger than the old one and refresh its soil with compost or organic matter.

Cissus Discolor grows well in USDA zones 8 to 10, preferring subtropical to tropical climates with moderate to high humidity. It can survive in areas with low humidity but requires warm temperatures and ample rainfall or irrigation to thrive.

Outside of its ideal climate zone, Cissus Discolor will grow slowly, become more of a medium grower, and produce smaller leaves for an overall shorter period of time before succumbing to damage from things like frost, too much or too little rain, or less than ideal soil quality.

Aphids and spider mites may occasionally feed off the plant’s foliage, but they will cause little harm if promptly addressed. A Whitefly infestation can also colonize their stems and leaves. Areas affected by the Whitefly’s tiny white eggs should be swabbed with rubbing alcohol or other recommended insecticide.

Additionally, Rex Begonias become susceptible to root rot due to overwatering. To avoid rot, it is best to keep soil dry and water as needed (3-4 times per week) and carefully follow recommended plant care guidelines. Check your plant regularly for signs of distress (such as wilting or browning tips).

Wondering how to propagate Cissus Discolor? Cissus Discolor propagates via stem cuttings or by layering its long stems onto the ground and allowing new roots to grow from their nodes. The latter process can take up to one full year before developing roots. Still, it is an efficient way to speed up propagation for those with many specimens to work with.

Within one or two weeks, Cissus Discolor seedlings will begin to grow. The small shoot will grow for several weeks before its first set of true leaves emerges.

Seeds are quite large, so the sooner you get them in the ground after their pods ripen, the greater your chances of promoting new growth for your climbing plant.

Cissus Discolor may take up to six months to flower and produce fruit. Under ideal conditions, a Rex Begonia Vine can live for ten years or more, although it requires annual pruning during each dormant season (late autumn to winter). In addition, it may require biennial pruning to produce the healthiest foliage during this semi-resting state and maintain an aesthetically pleasing form.

How Old Does Cissus Discolor Have to Be Before They Bloom?

The Rex Begonia Vine won’t bloom until the following year after they are mature enough to support flowers.

Is the Cissus Plant Rare?

Cissus plants are not rare, but they aren’t very common either.

Is Cissus Discolor Toxic to Cats and Dogs?

Yes, Cissus Discolor is not considered toxic to animals. However, ingesting the leaves is not healthy and is discouraged.

Are Cissus Discolor Hard to Care For?

Cissus Discolor is relatively easy to care for. However, it is important to note to closely monitor how much water it gets to prevent root rot.

Why Is My Cissus Discolor Dying?

Cissus Discolor can die if it is exposed to colder weather. If used as an indoor plant, normal room temperature will do. Your Rex Begonia Vine also may not be receiving enough water. If the soil is completely dry, water your plant more regularly. Too much bright sun and direct light could be drying it out. Don’t be afraid to increase humidity levels.

What Are the Bumps on My Cissus Discolor?

Cissus Discolor only has bumps on the nodes of its vines. These bumps contain chlorophyll and help with photosynthesis.

How Do I Save My Cissus Discolor?

If your Rex Begonia Vine shows signs of distress, the best thing you can do is cut off any dead vines and replant them in fresh soil. Then, evaluate if it has too much or needs more sunlight or water. If it is not receiving enough light, move it to any bright rooms in your home or position it in front of an east-facing window.

Cissus Discolor is dormant in the winter, during which time you should water it less and only allow it sunlight for 4-6 hours per day.

Cissus Discolor is relatively low-maintenance with proper care, so long as it is not exposed to cold weather for prolonged periods. However, it can become unkempt if you allow it to dry out completely, so remember to water it regularly once spring arrives. Cissus Discolor is a good choice for both novice and experienced gardeners who want an attractive vine that’s easy and rewarding to maintain. 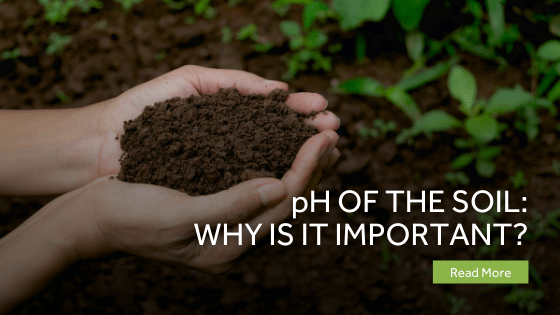 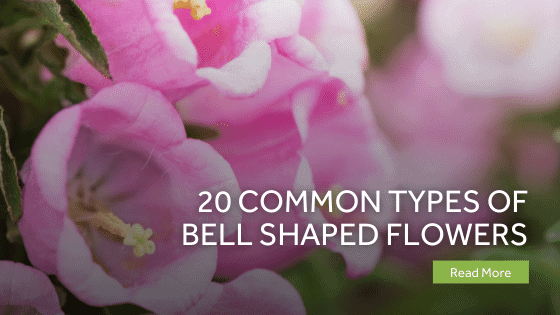 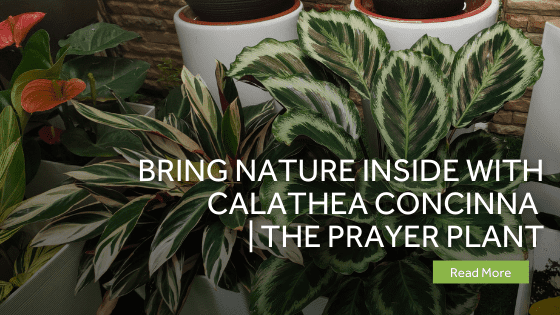